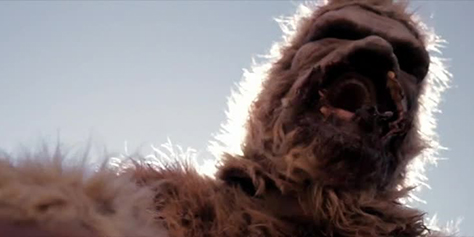 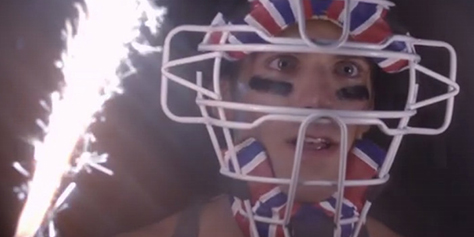 It is a truth universally acknowledged that I have been excited for this movie to be released since I first heard about the project.

Despite the sarcastic exterior, I have a real soft spot for Jane Austen’s society stories. And you all know how I feel about zombies. So when the Pride and Prejudice and Zombies novel adaptation was published, my inner romantic and inner apocalypse enthusiast finally found some common ground. 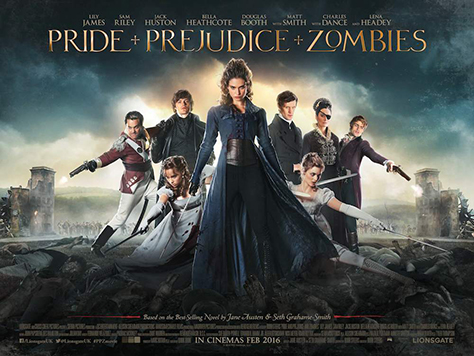 Seth Grahame-Smith did an extraordinary job of taking the source text and reimagining it as taking place in the same period in time – except with zombies. The women still have to navigate the same social minefield, but they also have to navigate hordes of the undead as well. They have to figure out which type of weapon is both efficient at decapitating zombies and also ladylike enough to wear under a dress. They have to balance their training as warriors with the expectation that they will eventually be wives.

It is an incredibly novel premise, and something I had yet to see done before he wrote it. We may not live under the same social constraints of Austen’s time, but there are still a lot of deeply ingrained expectations of women-of-a-certain-age. In my eyes, the addition of zombies to a marriage plot is the ultimate mic drop.

As a fan of the genre, I’ve resigned myself to the fact that the portrayal of women in zombie movies is often as objects one step up the chain from the undead. So the idea of seeing a squad of Regency era sisters smashing the skulls of “unmentionables” and blowing the minds of society snobs – on the big screen – was particularly tantalizing.

All of that is neither here nor there, though. Far be it from me to give notes to an actress on her lady-warrior balance. The fight scenes were satisfying, but short. The romance scenes were charming enough, but lacked any fire. The standout cast member, without a doubt, was Matt Smith in the roll of simpering nitwit Mr. Collins.

The standout cast member, without a doubt, was Matt Smith in the roll of simpering nitwit Mr. Collins.

The reason I enjoyed Smith’s performance above the others was the same reason, ultimately, I feel the movie didn’t fully reach its potential. He understood the wry humor of all of this – of the business of marriage, of Regency ladies fighting zombies, of zombies even as a general concept – and that understanding translated into the shallowest character of the book showing the most depth on screen.

I could have done with about 400% more humor in this movie. It was there from time to time in a passing line or a little gesture, but it was nowhere near as sharp as either author’s text.

When I first walked out of the theater, I felt like they had made an admirable attempt at translating the adapted text to the screen. But the more I thought about it, the more I felt like something wasn’t sitting right with me. Not having read it since it was first published, I went back and thumbed through the book and figured out what felt so…off.

It boils down to not having a clear audience in mind. In the Venn diagram of rabid Austen fans and rabid zombie fans, there is a limited overlap (of which I happen to be a member). Yes, the book sold well when it was released; however, I think a lot of that was due to the novelty that has since worn off with subsequent adaptation projects. It seems as though, in an attempt to appeal to a wider audience, they amped up the action in all the wrong places. They added elements that were unnecessary. They flattened out a lot of character attributes.

Yet despite all that, I still believe if you enjoyed the book, you’re going to enjoy the movie. It’s not as good as it could have been, but it’s something different, and the fact that it was such a struggle to get it made is telling of why we need more movies like this.

For starters, I love comedic horror with a passion. My favorite kind is the particular brand of meta horror perfected by the late great Wes Craven (I’m watching SCREAM right now as I write this). My second favorite kind is comedic horror that is more self-aware than meta, and ZOMBEAVERS definitely falls squarely in this category. They know they’re campy, they’re proud they’re campy, and they’re just going to keep dialing up that camp-o-meter until they break off the knob. 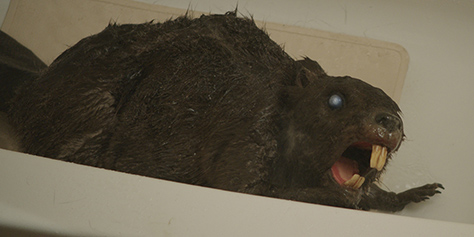 The premise of the movie is fairly classic as far as zombie plots go: Toxic waste accidentally falls off a truck, resulting in the creation of zombies that terrorize hormone-driven coeds in a remote cabin…except the truck accident is a totally deadpan chuckle-fest, the zombies are beavers, the coeds are comically sex-crazed, and the remote cabin is adjacent to a second remote cabin where a charmingly foul-mouthed, totally hip-to-the-kids older couple lives.

Yes, there is gratuitous nudity, and yes, there are ample beaver jokes, but there’s also genuine hilarity in all of it. When the girls go swimming, one of them peels her top off and revels in baring her chest. Later on, one of the dude bros gets maimed by a zombie beaver and they need to make a tourniquet. The same girl goes to take off her bikini top and her boyfriend dismisses her, saying, “No, that’s too small,” grabbing her dog’s life vest instead.

Yes, there is gratuitous nudity, and yes, there are ample beaver jokes, but there’s also genuine hilarity in all of it.

It’s goofy, the special effects come in just above low-budget level, the zombeaver attacks are amusing to watch, and the characters develop in (very) unexpected ways. Perhaps what I liked most about ZOMBEAVERS is how the film thumbs its nose at the tired “final girl” trope. That and how the beavers were intelligent enough to chew through all the phone lines (those lovable scamps!), which were of course the only means of communication since the cabins were too remote for a cell signal.

All in all, it’s an enjoyable watch and the perfect diversion for a rainy Saturday.